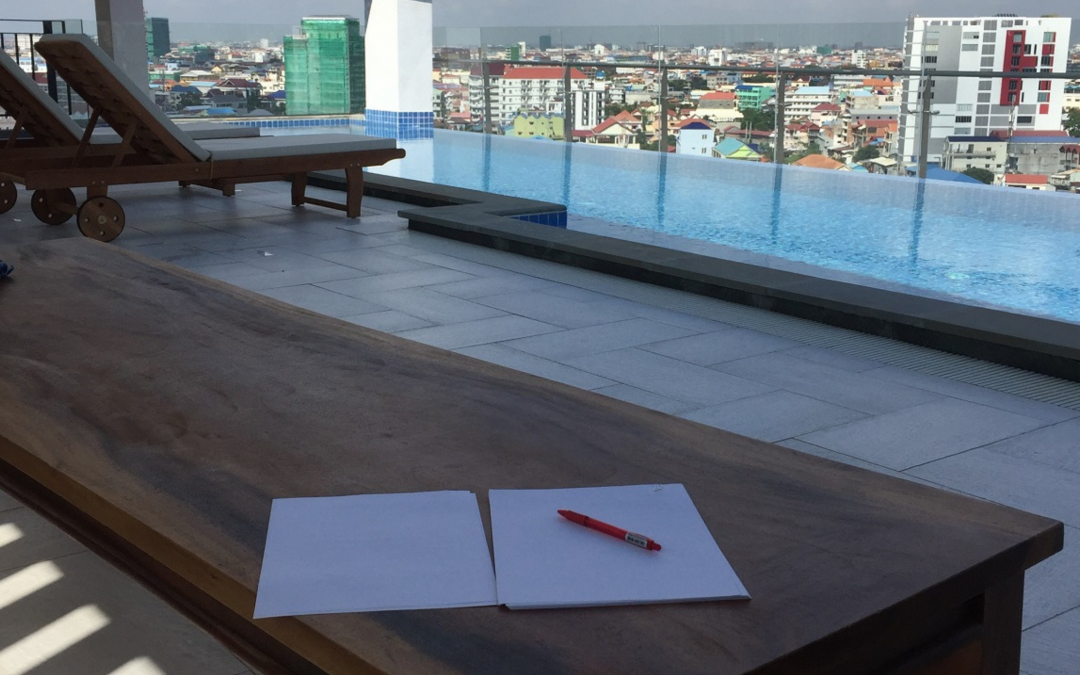 Sandra’s life is far from sedentary. Over the past 20 years, she seized every opportunity to discover the world. After graduating from ISIT (Institut Supérieur d’Interprétation et de Traduction) in 1998, Sandra has worked as a freelance technical translator in areas ranging from finance to tourism and the automobile industry… From Australia to Russia, North to South America, Sandra knows the world like the back of her hand.

What was it like starting life as a Digital Nomad?

I had a six-month internship in England when I was 20, and I loved the Brits and their humour! Then, I went to Germany where I lived with my aunt which was a lot of fun as well. But the real trigger was when I went to Sydney for the Olympic Games. The CIO hired me for a month, and it was just amazing. I came back to France and decided to move to Darling Harbour. Six months later, I found a job as a German teacher in the French Lycée Pierre Loti in Istanbul, which is the best place to live when you’re under 30 years old and have no children! That’s how I started travelling and working at the same time. It’s very easy for us: we just need a laptop, an internet connection and a plug!

What’s a “typical” day for you as a Digital Nomad?

Being a freelancer gives me the opportunity to organise my own schedule which is pretty uncommon. I usually wake up very early, between 3 and 4 am, and I work until my kids come back from school, around 6 p.m.

My work days are pretty long, and I sometimes work over the weekends and on holidays, but I wouldn’t change it for anything in the world. Since I wake up so early, I can watch the sunrise almost every morning. Then you don’t even notice that  you’re working: it’s magical! What’s more, thanks to my lifestyle, I’m able to travel for about 4 months of each year and can afford to live abroad year-round!

I’ve had the chance to visit a great number of countries during my life as a digital nomad: I’ve been all over Europe, from Iceland to Italy via the Canary islands and Istanbul. I studied Russian for 4 years, so of course I’ve  been to Moscow and Leningrad. I’ve also visited many countries in South, Central and North America, from New York to Ushuaia via Mexico, Rio de Janeiro, Buenos Aires, the list goes on! In Africa, I only know the North so far (Egypt, Morocco and Tunisia). For the time being, I want to settle down here and develop my business in Southeast Asia. It’s easy to be a Digital Nomad when you have no kids, or when they are very young. When they go to school, you have to slow down a little bit…but not completely, of course! 😉

What is your worst memory as a freelancer?

We were on a remote island in Vietnam and I had booked a nice hotel with wifi. I had to finish an urgent online translation. Everything was fine, until we had to change rooms because of the rain (it was actually raining in the room and we were in the middle of the rainy season!). But then I had no wifi unless I worked in the lobby…Not the best place to work when  it’s wet and it wasn’t ideal to be outside with the mosquitoes!

What are the three most important things you’ve learned as a Digital Nomad?

Do you have any advice to give to someone that would like to become a Digital Nomad?

Take it easy: it’s not as difficult as you may think. Just try it out and you’ll see! 😉